The 3D printing industry has undoubtedly improved its technology innovation over the years for convenience and nonpareil work.

Due to this, it has made the hobbyist and professional designers have fun with their work in designing high-quality 3D objects straightforward with high precision.

Aside from the 3D printers, there is also the 3D printing pen which is a serious tool that offers much more usability for drawing a physical 3D image.

Both the 3D printer and the 3d pen are unique from each other in terms of functionality and application. Therefore, it would be wise to note their difference to help you decide which one is the best for your needs and use cases.

A 3D printer is an advanced machine that prints or makes 3-dimensional objects based on computer-aided design {CAD} drawings using either resin or plastic material.

Currently, there are 6 types of 3D printers, but only two types are commonly used by the average person, hobbyists, and professional designers; SLA 3D printer and FDM 3D printer.

These two types of 3D printers are can handle complex projects from scratch and accurately print CAD objects.

However, both FDM and SLA printers have a difference that makes one more than the other when it comes to delivering amazing quality objects. 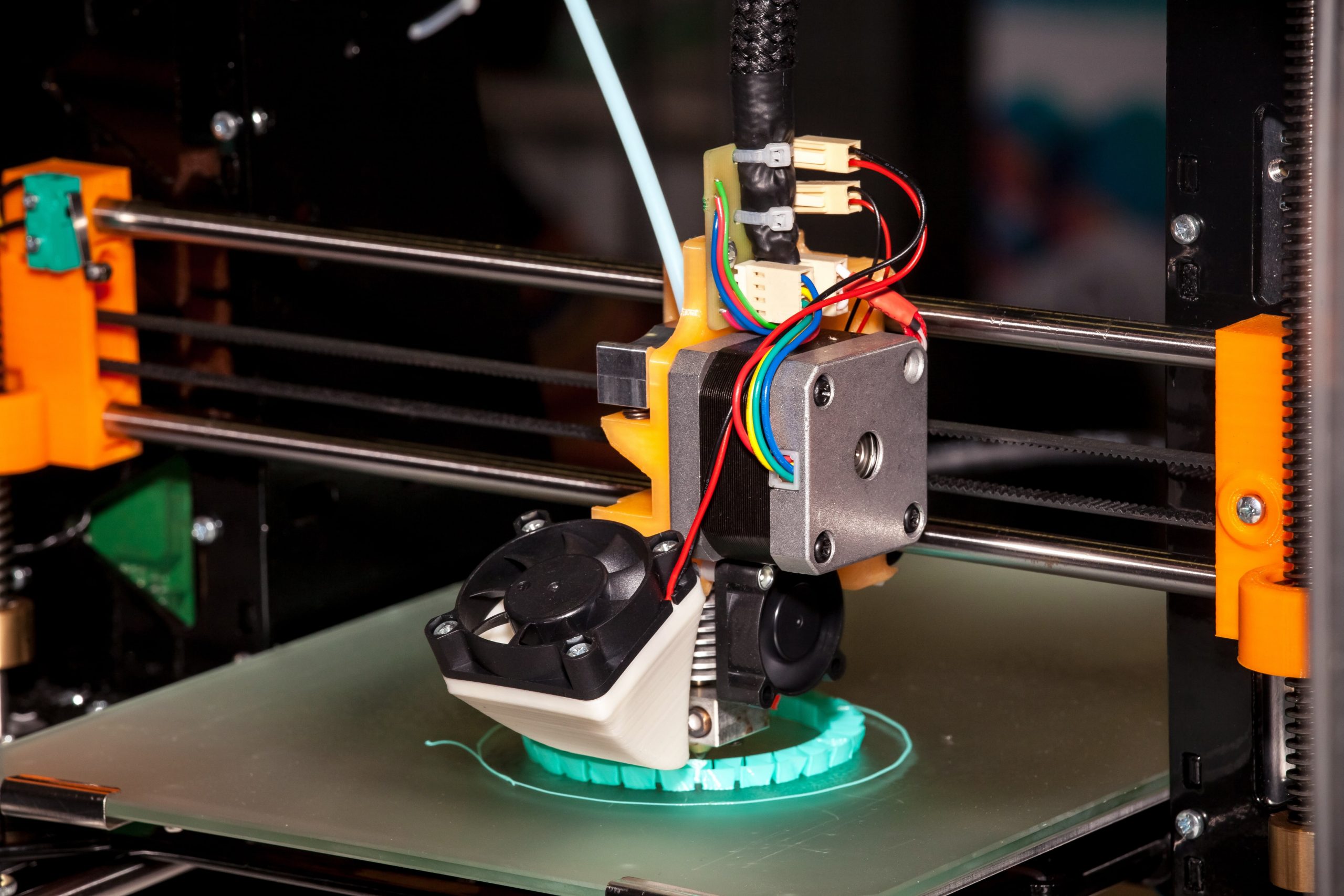 The basic components of the FDM 3D printer include; an extruder, stepper motor{s}, build platform, and a frame.

During the printing process, the molten thermoplastic material is pushed through the extruder onto a build platform to cool down and solidify into shape.

To achieve high quality and desirable fine shape, strength, and stiffness, the printing process is repeated layer by layer following a series of steps.

Nonetheless, the FDM 3D printers are much faster but deliver a lower resolution. 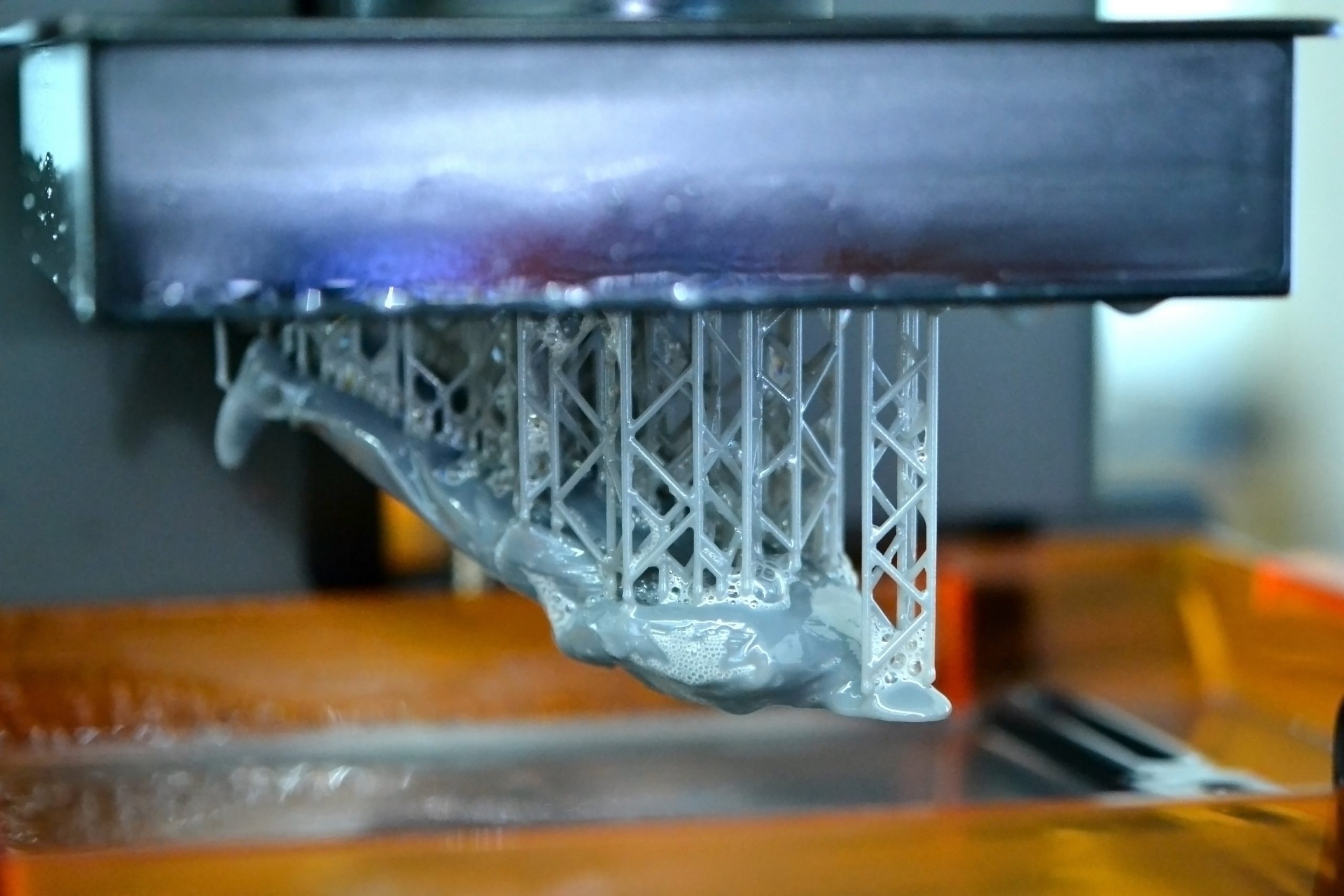 This type of printer features a Stereolithography apparatus incorporated with a UV laser and uses a liquid resin to print objects.

The UV laser is used for curing the resin during the printing process. Unlike the FDM 3D printers, the basic components of the SLA 3D printers are unique, making them ideal for printing high-quality objects with higher resolution.

The SLA 3D printer features a tank for storing resin, a laser beam that guides the printing process, a build platform, and a digital interface that allows you to control the printer.

The downside of the SLA printer is that it prints slowly and requires more maintenance, but worth it when it comes to precision and high resolution.

A 3D pen printer is a small version of the 3D printer that prints 3D objects by oozing plastic filaments through the tip of its handheld pen. Due to this, it gives the user to apply their artistic ability in designing 3D models by freely moving their hands.

Unlike, 3D printers, 3D pens are controlled neither by software nor computer making them not ideal for printing bigger models and projects.

Instead, the user is completely guided by their imagination and creativity. In addition, they are powered by either by battery or USB cable running from a USB port. The 3D pen works depending on its type. They include;

A hot 3D pen works similarly to an FDM printer because it incorporates filament inserted into the pen. Then the filament is heated to the melting point and extruded out of the hot end. While the filaments leave the pen, it gives you the ability to draw your print model in the air as it cools rapidly.

A cold 3D pen works by converting a liquid resin to a solid through a UV chemical process.

This is possible because the resin is photosensitive and once it leaves the end of the pen it solidifies or cures under UV light. Check out our article on resin toxicity.

The printing process of a cold 3D pen is similar to the SLA 3D printer.

Similarities between A 3D Printer and A 3D Pen

Difference between A 3D Printer and A 3D Pen

Both the 3D printer and the 3D pen can print models at high precision, but for a specific purpose because of the following reasons;

If you want to print small and simple models and projects opt for the 3D pen while for bigger and complex projects 3D printer is your best shot. Nonetheless, it is also faster and more straightforward as it eliminates troubleshooting that is prone to using the 3D pen.

Using a 3D pen is very tough as it requires proficient skills, but it is ideal for beginners and kids in comparison with a 3D printer that requires more time to learn how to set up and use it.

3D printers are expensive and require more space to set it up than a 3D pen.

3D pen is fun and great for enhancing or improving your kid’s skills and creativity as it allows them to maximally practice their imagination.

When you combine both a 3D pen and a 3D printer, they can work very well to repair 3D printed models when there is a minor defect{s}.